< back to overview
next >
Sculpture
First house
1974


In the summer of 1974 a small house was built in the same fashion as Sólon Guðmundsson intended to do about half a century earlier, that is to say an inside-out house. It was completed on the 21st of July. It was built in an unpopulated are of Iceland and in a place from which no other man-made objects could be seen.

The existence of this house means that “outside” had shrunk to the size of a close space formed by the walls and the roof of the house. The rest had become “inside”. The house harbours the whole world except itself. 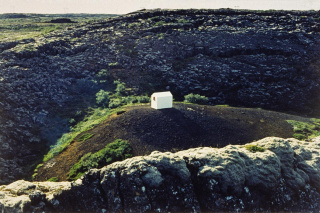 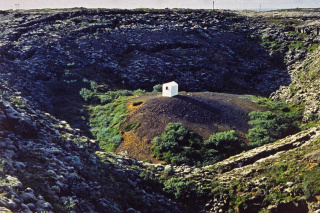 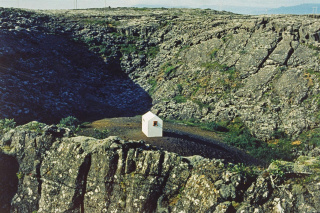 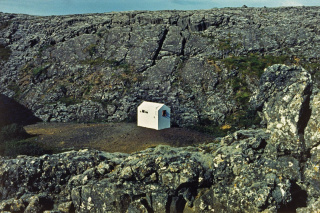 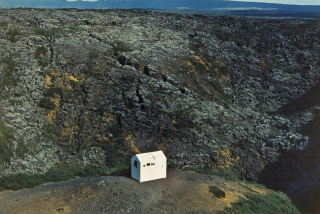 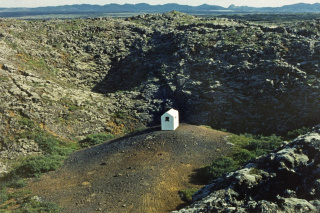